Saint Patrick’s Day is officially March 17th, but this Sunday’s celebrations in Denver will begin with a parade downtown; it is the biggest St. Paddy’s day celebration outside of Ireland. Saint Patrick is the patron saint of Ireland and it is in his honor that we celebrate St. Patrick’s Day. Over the years, many traditions and folklore have sprung up over the mysterious St. Patrick. Here are five things you should now before you begin your celebrations. 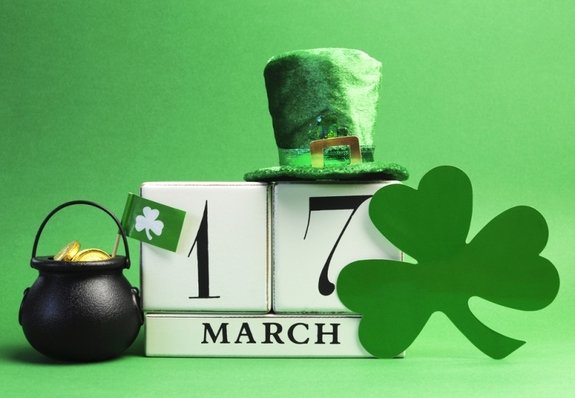 St. Patrick wasn’t Irish
Experts believe that Patrick (probably not his given name) was born in England, Wales, or Scotland around 359 AD and was captured by pirates as a young teen and taken to Ireland and enslaved. Apparently he finally escaped and returned home where he converted to Christianity and came back to Ireland as a missionary. He died and March 17th, 461 AD although the celebration of St. Patrick’s Day didn’t start until early in the 20th century.

St. Patrick’s color was blue not green
The original color associated with St. Patrick is blue, not green as commonly believed. In several artworks depicting the saint, he is shown wearing blue vestments and Irish harp is depicted on blue flag to represent Ireland. Blue has slowly become the official color of Ireland.

St. Patrick and Leap Year
There is a tradition in Ireland that every four years on February 29, women are allowed to propose marriage to men. According to legend, an Irish nun named Brigid complained to St. Patrick that women often waited to long for their beloved to ask their hand in marriage. St. Patrick introduced a new custom to balance the traditional roles of men and women.

BONUS: For a limited time only get a Lucky Mint Oreo Cookie Shake only at Gunther Toody’s