Fun Halloween Traditions and How They Started 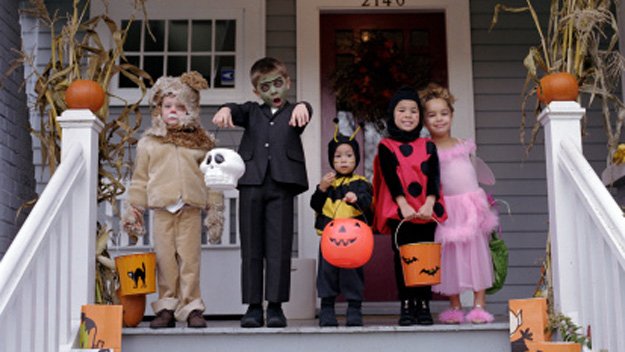 We like to think of Halloween as an All-American holiday, but it was actually brought to this country by Irish and Scottish immigrants and can be traced back to Celtic culture. For the Druids, November 1st was New Year’s Day and the celebration would begin on October 31st. Known as Hallow E’en in Ireland, the name evolved from “All Hollows” Eve. The spirits of all who died in the prior year, would rise and roam the earth on this night. Have you ever wondered where our traditions of Jack O’ Lanterns, costumes, or trick or treating came from?

Pumpkins and Jack O’Lanterns
The Irish use to carve up turnips, rutabagas, and potatoes, and place small candles inside them. They would leave them outside their homes to ward off evil spirits. When they arrived in the United States as immigrants, they discovered pumpkins, which are bigger and much easier to carve. Thus the tradition of carving pumpkins and making Jack O’Lanterns was was born

Halloween Costumes
For years the only costumes people wore at Halloween were ghosts, skeletons, witches and other ghoulish creatures. Of course, these are still the most popular costumes. The tradition began hundreds of years ago when people believed that the only way to avoid the ghosts roaming the street was to dress like them and wear mask so that they would be mistaken for fellow spirits.

Trick or Treating
Known as “guising” in Scotland and Ireland gangs of young people would go door to door and sing a song, or perform a trick to entertain the homeowner. In exchange they would receive a treat of fruits or nuts. Originally called “souling” in England, poor people would go door to door to the homes of wealthy families and promise to pray for the souls of dead relatives in exchange for sweet pasties known as “soul cakes.”

These traditions only became popular in the United States with the huge influx of immigrants in the early 1900’s. Over the course of the years, these traditions have grown and evolved creating our unique American way of celebrating this ancient holiday.