The Original Milk Shake was Boozy 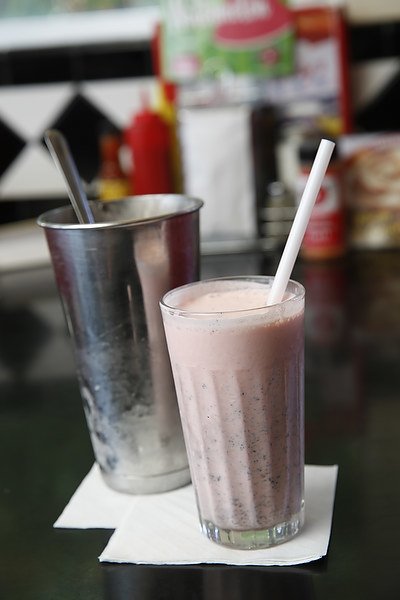 Did you know that the first milk shakes of the late 19th century were, in fact, alcoholic whiskey based eggnog? But by the early 20th century they were made with flavored syrups hand-shaken with crushed ice, milk and sugar. The invention of the electric blender in 1922 changed the world of milk shakes altogether giving them that frothy goodness we all know and love.

In 1936, Earl Prince invented the Multimixer, which could produce five milkshakes at once! Shortly thereafter, ice cream was added and the world was ready for America’s love affair with milkshakes. They could be found at every lunch counter, diner, and drive in across the country. At Gunther Toody’s, we serve Double Rich Malted and Shakes in flavors that range from Vanilla to Brownie Fudge. If you want to pay tribute to the milk shake’s history, we will happily make it a little boozy for you.