Three Bizarre Christmas Traditions from Around the World 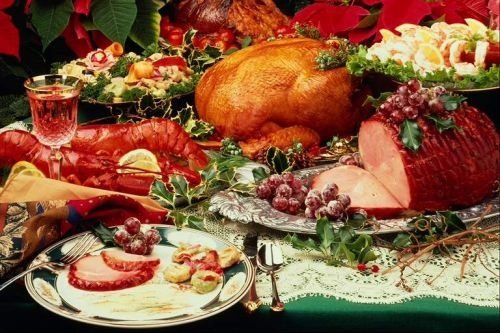 We all have our favorite Christmas food traditions passed down for generations. Most Americans serve turkey, ham, roast beef, even lobster along with a bevy of sides as part of their Christmas feast. But Christmas is a holiday celebrated all around the world and some of their food traditions would seem down right strange or even gross to most Americans. So we have rounded up three really strange traditions from around the world that we’re pretty sure you will not want to adopt.

Kiviak is a dish consisting of 500 whole auk birds (beaks, feathers, claws and all), which are enclosed inside the body of a seal. The giant “sausage” is left to sit and ferment for several months.

Known as Smalahove, Norwegians take a whole sheep’s head, brains and all, and serve it salted and dried, smoked, boiled or steamed, as a festive holiday dish.

Many South Africans eat fried Emperor Moth caterpillars as a part of their holiday feast. A great source of protein the insects are harvested right around Christmas time and are preserved, to be consumed through out the winter. But at Christmastime they are fresh and fried up as part of their Christmas celebrations.